Idea:
​Connections between a real art object in a public space and a virtual sculpture.
with the simultaneous communication on several parallel levels of our reality and fiction,
so that people can communicate in a new way.

Research
​
Goal: Curation series of physical/virtual objects to work on, concentrating on defeating
communication options in our two different levels of our reality time that respond to the
viewer and his intervention. with the topographical surface and shape of the object,
communication occurs through colors and binary code, movement ,and participation of
​the web in the physical and virtual space that create new perceptions.
Realization:

​1. A series of videos was developed based on a 3D program (blender) that mimicked the
moving of the virtual object.
This object was created in different modes, in the virtual space, which was designed as a space,
in transparency planes, and in the undefined space (black).
The research focused on the analysis of the movement, shape, and color language of the object
​and their possible transfer into a meaning level/language. 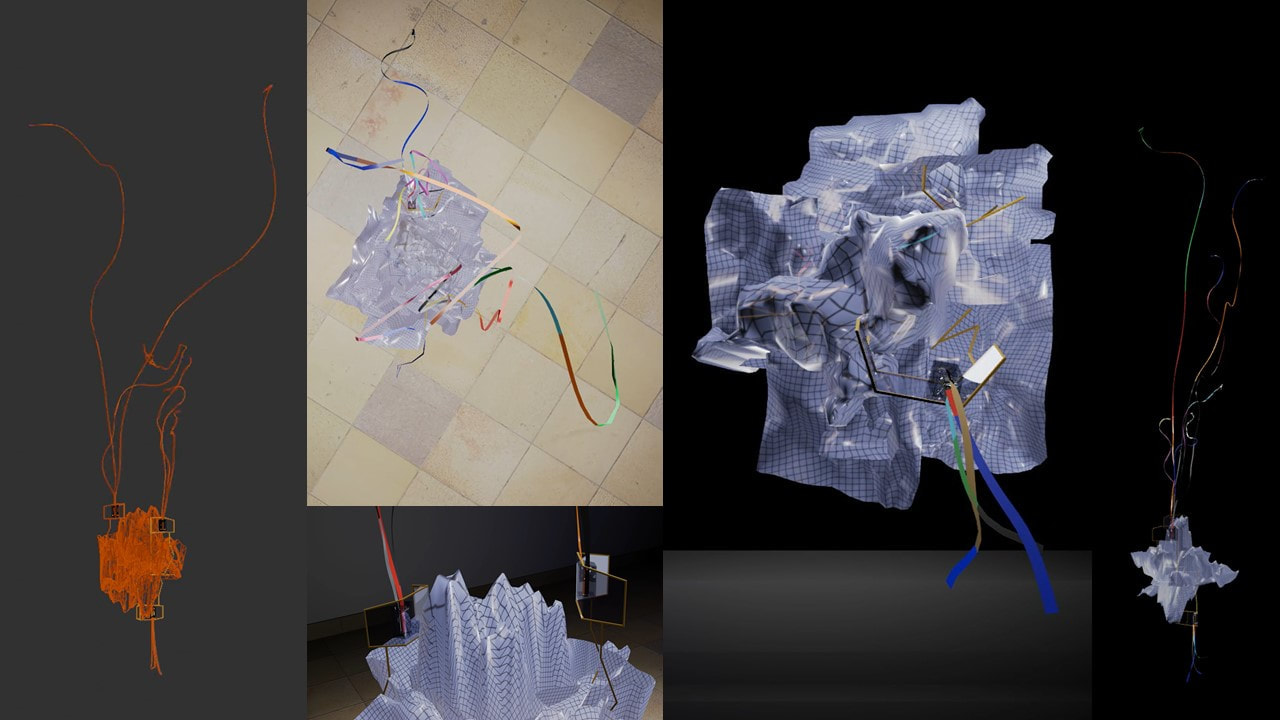 ​2. With these attempts we try to bind the sound levels as well.
To hear it, the possibilities of expression, especially of different emotions.
For this, a sound system was developed, which represents the basis of
communication between real and virtual space.
We developed the beginning of an interactive system, in which the participants
can create their own kind of "composition".
Various videos and sounds are combined, with the goal of being able to
​express one's own emotional states. 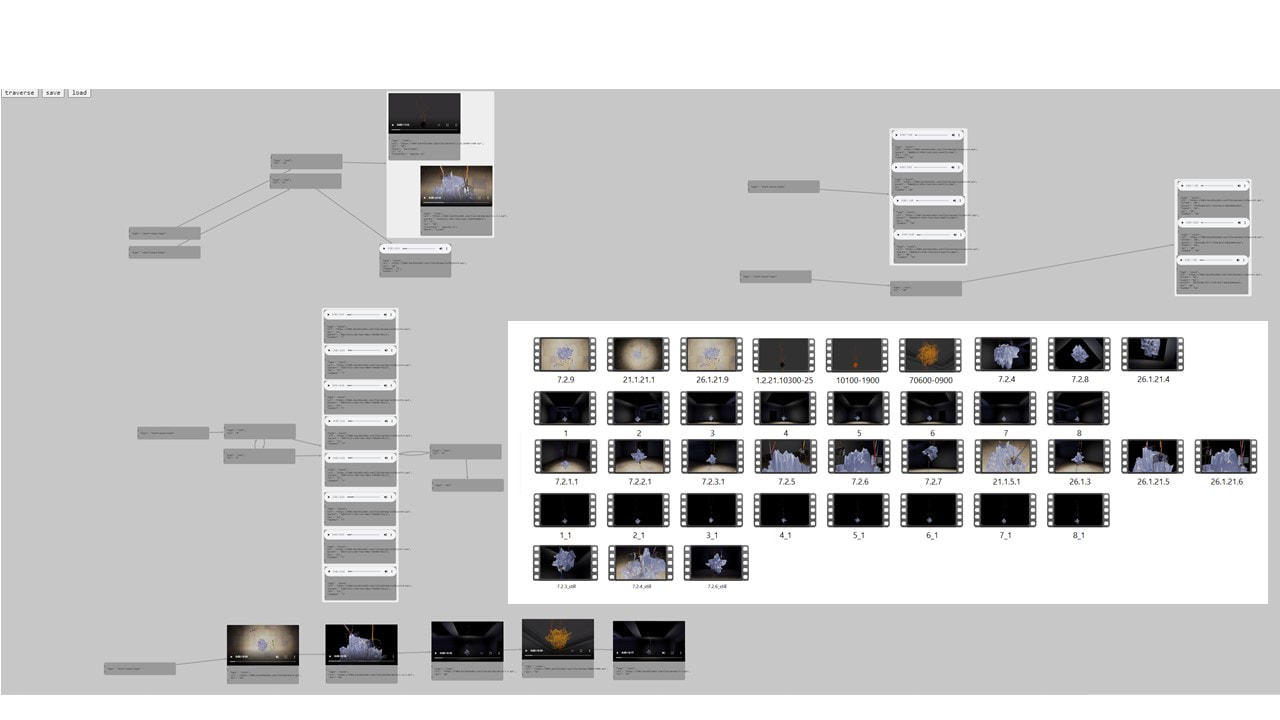 To the system​
​3. As a next step, we start creating a virtual, three-dimensional space in which the visitors:
inside through the movement processes, tempi, etc.
that influences the object located in the virtual space.
It can also function as a communication option, especially in combination with sound and
​other levels such as color, etc. 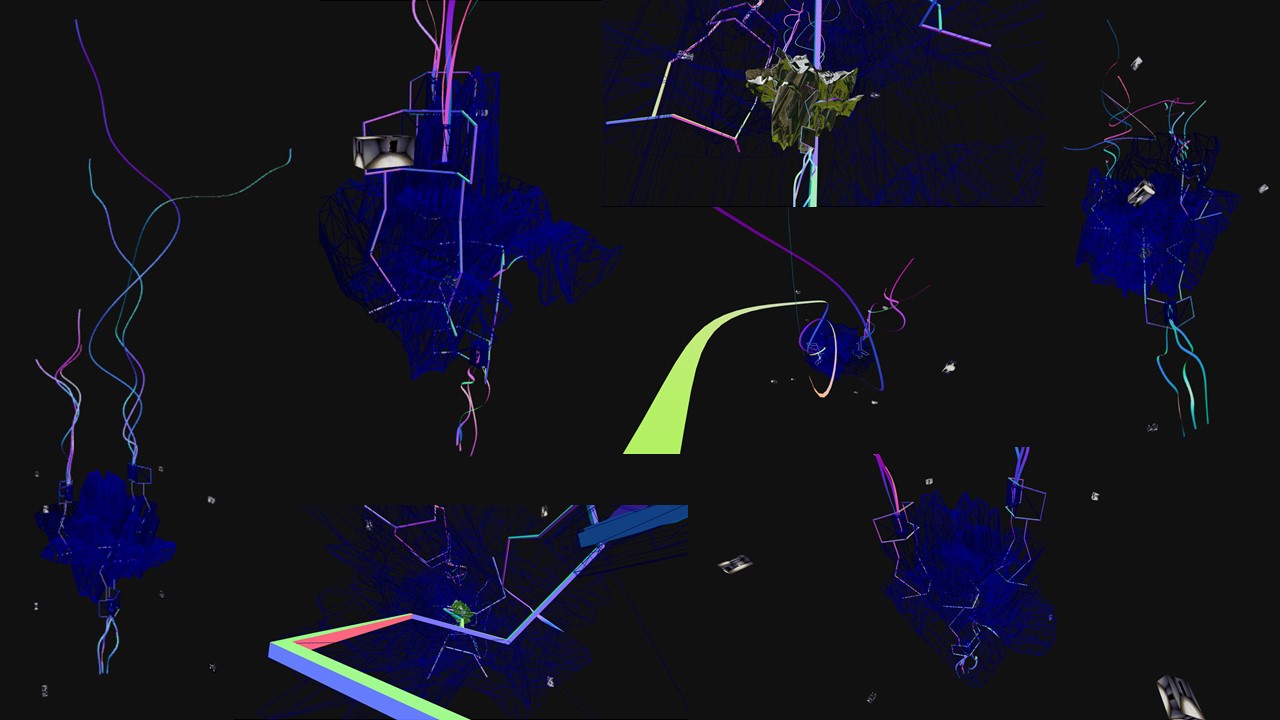 To theamroma-3d.surge.sh/ 3D system​
Next steps

VIrtual part:​
4. In the next step, all previous results in the virtual space should be combined.
Different visitors: inside can influence the condition of the virtual sculpture at
different times and from different directions, e.g. move a part or interrupt each other.
​The communication shows itself over the object.
Physical part:
​5. The first half of the real object (the twin of the virtual sculpture) was created.
In this way, various possibilities for regulating air flows were researched.
This will be further developed and optimized in the further course and will be ready
​for a presentation by the end of 2023. 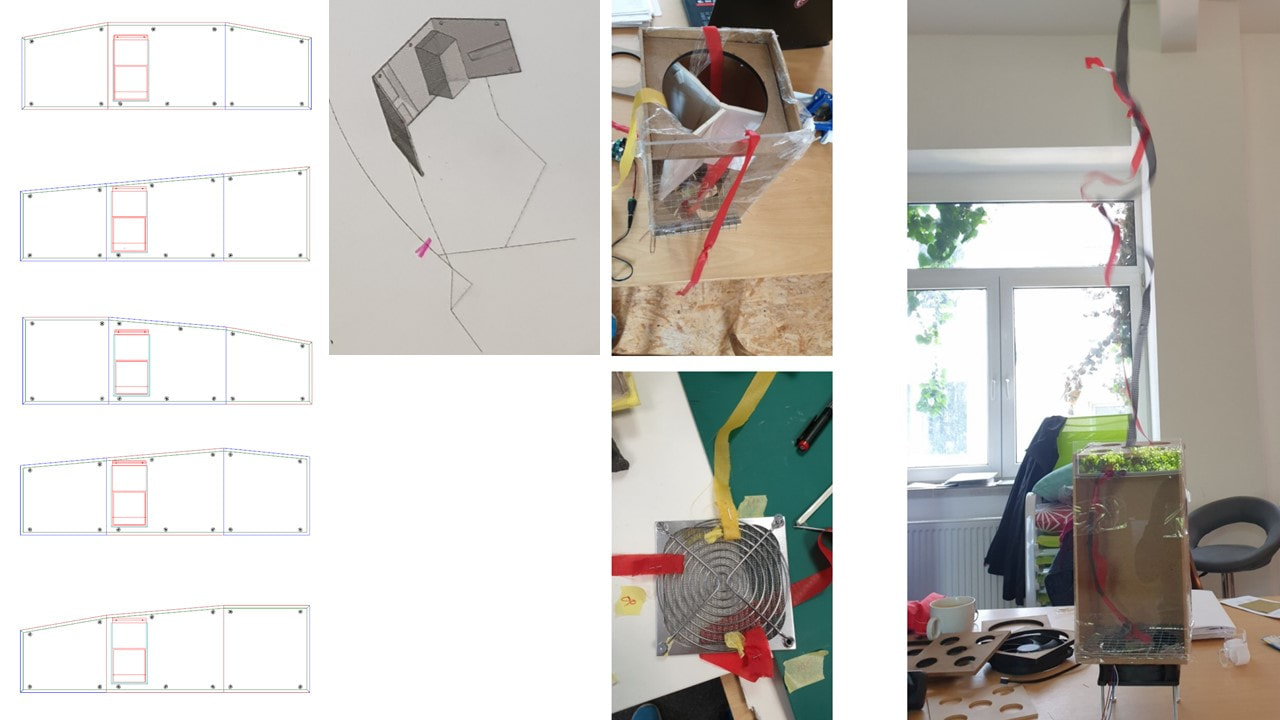 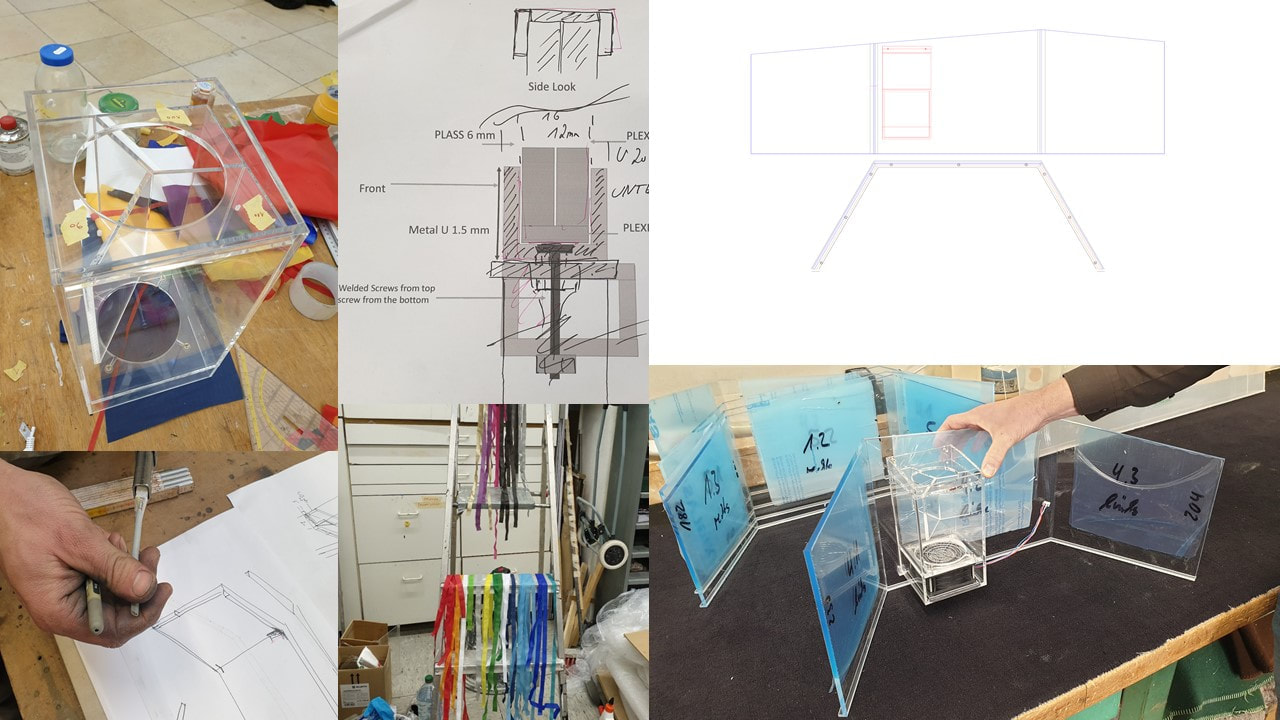 The research presented us with many tasks, and any new technical and conceptual parameters had to be examined.
Several people took part in the process:
Composers, a technician, 3D experts, and various people reflected critically on the subject.
The concrete goal now is to complete the final development phase of realization in 3D
and in real space by the end of the year. The virtual version can be accessed via a website in the future.